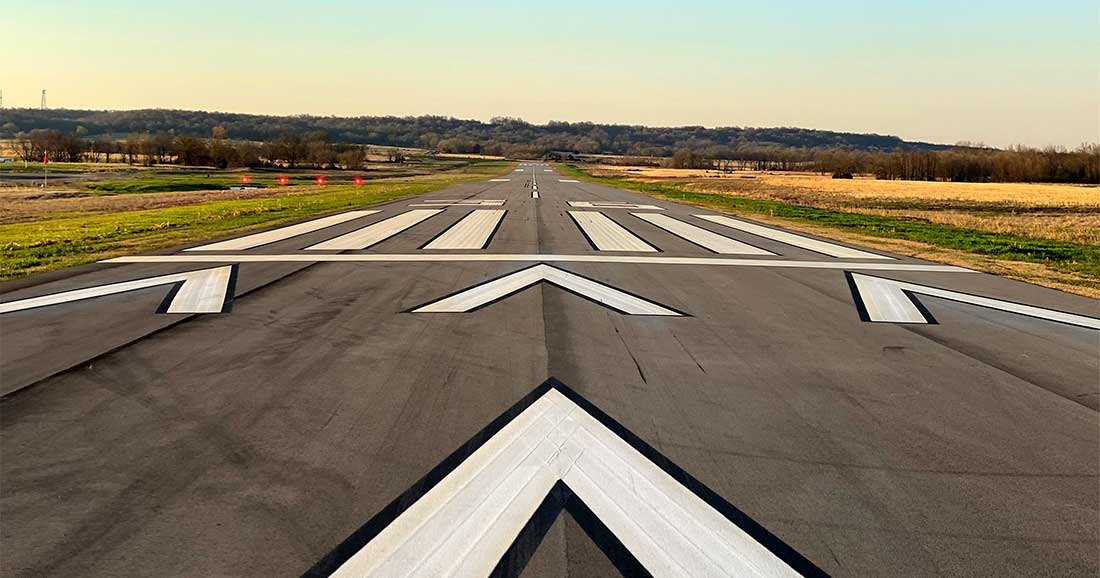 “I have been flying into the South Grand Lake Regional Airport for years and I am thrilled to celebrate this momentous occasion alongside the Grand Lake community,” U.S. Senator Jim Inhofe said. “Businesses, governmental agencies and recreational flyers all utilize this airport—from the Grand River Dam Authority, DSA Aviation, K & D Aviation to the Grand Aces Organization. Oklahoma’s thriving aviation and aerospace industries are not done growing yet and I am excited to see this newly refinished runway as part of a larger growth opportunity for new businesses and economic growth in Oklahoma.”

Speaker Charles McCall emphasized, “Air access to a community can be a deciding factor for many companies seeking a new or additional location. The further development of the Oklahoma Airport System is critical to the cities and towns that Oklahomans call home.”

In 2004, nine volunteers formed a public trust to develop 54 acres of grassland into what has now become a 105-acre jet-capable regional airport with almost 20 based aircraft serving the Grand Lake Area.

“With the help of volunteers, grants, and hundreds of supporters making continuous donations, this airport has not only come to fruition but has been able to prosper for nearly 17 years,” SGLRA Trust Authority Chairman Brent Howard said. “To date, more than $500,000 has been raised from in-kind donations and more than $1 million has come from cash donations and fundraising events, which makes the Authority incredibly grateful for this community.”

With improvements of an expanded fuel ramp, runway lights, and GPS all-weather approach, this Craig County airport has reached a new level of 24/7 operation for business and personal aircraft, including coast-to-coast flights and destination, leased aircraft.

“The heart and dedication of the citizenry of Ketchum make this airport unique,” Oklahoma Secretary of Transportation Tim Gatz said. “They have labored, raised funds, and dedicated their personal time and resources for the betterment of aviation in their community and are creating future pilots at their flight school, hosting on-airport businesses, and are the model for public/private partnerships. This is an airport that Oklahomans can really be proud of.”

As a Title 60 Public Trust, SGLRA is supported by nine community-minded volunteer Airport Trustees, the Federal Aviation Administration, Oklahoma Aeronautics Commission, HW Lochner Engineers, The Girl Friends of the Airport, and Members of the SGLRA community.